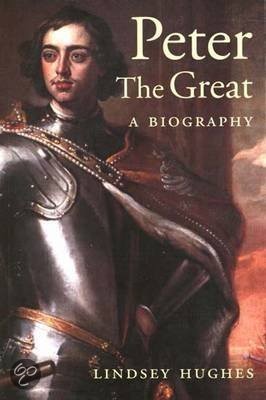 Lindsey Hughes, author of the classic account of Russia during the reign of Peter the Great, here provides the definitive shorter biography of this dramatic, appealing and unconventional character. The book tells the story of Peter the Great (1672-1725) from birth to death in twelve chapters, including two final chapters on his legacy and posthumous reputation with the aim of providing a vivid sense of the dynamics of his life and reign. The focus is firmly on Peter himself: his actions, deliberations, decisions, relationships, tastes and possessions, and includes the more bizarre aspects of his character, such as his interest in dwarfs, the use of disguises, clowning and vandalism. The main sources are his letters and papers, both published and unpublished, as well as other contemporary accounts and letters. The narrative comprises both the public and private life, the life Peter lived as well as his significant fantasy world. Hughes offers fascinating new material on the 'alternative' or 'parallel' history of Peter's many disguises and pseudonyms, his deference to a number of mock superiors (Prince-Caesar, Prince-Pope, the mock Chief Surveyor), and his relationships with individuals such as his second wife Catherine and his favourite Alexander Menshikov. In each chapter she explores Peter's image in painting and sculpture, bringing the story to the present day with a discussion of controversial monuments in Moscow and St Petersburg.