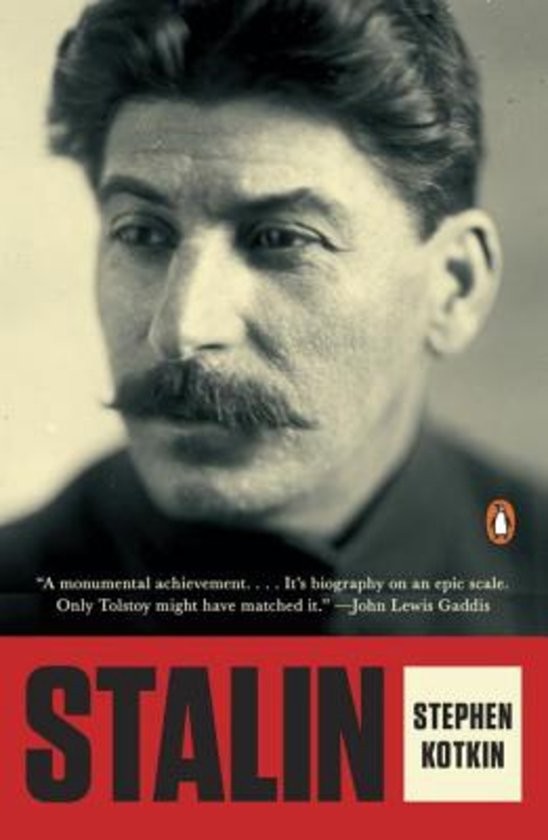 t has the quality of myth: a poor cobbler’s son, a seminarian from an oppressed outer province of the Russian empire, reinvents himself as a top leader in a band of revolutionary zealots. When the band seizes control of the country in the aftermath of total world war, the former seminarian ruthlessly dominates the new regime until he stands as absolute ruler of a vast and terrible state apparatus, with dominion over Eurasia. While still building his power base within the Bolshevik dictatorship, he embarks upon the greatest gamble of his political life and the largest program of social reengineering ever attempted: the collectivization of all agriculture and industry across one sixth of the earth. Millions will die, and many more millions will suffer, but the man will push through to the end against all resistance and doubts. Where did such power come from? In Stalin, Stephen Kotkin offers a biography that, at long last, is equal to this shrewd, sociopathic, charismatic dictator in all his dimensions. The character of Stalin emerges as both astute and blinkered, cynical and true believing, people oriented and vicious, canny enough to see through people but prone to nonsensical beliefs. We see a man inclined to despotism who could be utterly charming, a pragmatic ideologue, a leader who obsessed over slights yet was a precocious geostrategic thinker—unique among Bolsheviks—and yet who made egregious strategic blunders. Through it all, we see Stalin’s unflinching persistence, his sheer force of will—perhaps the ultimate key to understanding his indelible mark on history. Stalin gives an intimate view of the Bolshevik regime’s inner geography of power, bringing to the fore fresh materials from Soviet military intelligence and the secret police. Kotkin rejects the inherited wisdom about Stalin’s psychological makeup, showing us instead how Stalin’s near paranoia was fundamentally political, and closely tracks the Bolshevik revolution’s structural paranoia, the predicament of a Communist regime in an overwhelmingly capitalist world, surrounded and penetrated by enemies. At the same time, Kotkin demonstrates the impossibility of understanding Stalin’s momentous decisions outside of the context of the tragic history of imperial Russia. The product of a decade of intrepid research, Stalin is a landmark achievement, a work that recasts the way we think about the Soviet Union, revolution, dictatorship, the twentieth century, and indeed the art of history itself.