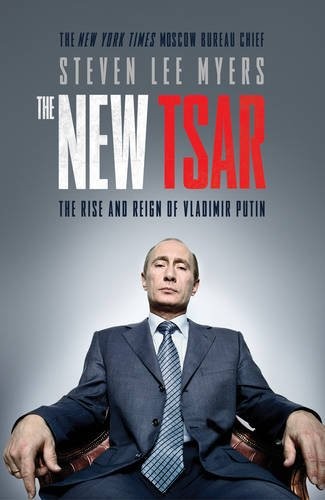 In a gripping narrative of Putin’s rise to power as Russia’s president, Steven Lee Myers recounts Putin’s origins—from his childhood of abject poverty in Leningrad, to his ascension through the ranks of the KGB, and his eventual consolidation of rule. Along the way, world events familiar to readers, such as September 11th and Russia’s war in Georgia in 2008, as well as the 2014 annexation of Crimea and the ongoing conflict in Ukraine, are presented from never-before-seen perspectives.  On one hand, Putin’s many reforms—from tax cuts to an expansion of property rights—have helped reshape the potential of millions of Russians whose only experience of democracy had been crime, poverty, and instability after the fall of the Soviet Union. On the other hand, Putin has ushered in a new authoritarianism, unyielding in his brutal repression of revolts and squashing of dissent. Still, he retains widespread support from the Russian public.