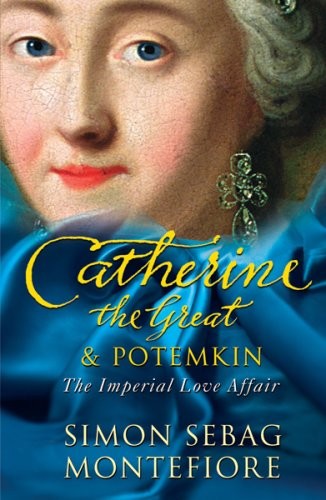 For most of the 20th century Grigory Potemkin has existed as no more than an entertaining side-show for Russian historians. And make no mistake--he is very entertaining; in the Russian royal court of Catherine the Great that was noted for its sexual promiscuity, Potemkin stood out as the libertine par excellence. Although his affair with Catherine only lasted a couple of years, after which he moved on to a succession of nieces and became Catherine's procurer-in-chief, Potemkin remained the love of her life and remained a powerful figure at court. In his new doorstop of a biography, Simon Sebag-Montefiore aims to show that Potemkin is much more than a historical divertissement and is instead one of the central figures of political influence in 18th-century Russia--and by and large he succeeds. Sebag-Montefiore refutes the image of the paper tiger who erected cardboard villages along the banks of Dnieper to convince Catherine that the colonisation of the Ukraine was continuing apace, and instead credits him as the architect for the cities of Odessa and Sebastapol that emerged out of his Great Plan to secure the Crimea--and hence a southern coastline--for Russia. At times, one feels that perhaps Sebag-Montefiore doth protest too much and that he pushes his claims for Potemkin too far. But this is more than compensated for by his enthusiasm. Many historians these days write with a jaded eye, looking to debunk popular heroes; Sebag-Montefiore aims to do the opposite and he has combined his journalist's eye for a good story with an academic's attention to research and detail to create a highly readable biography which is accessible even to those who know little of the period. --John Crace.