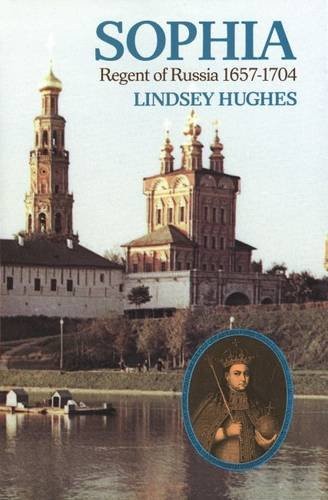 In a revisionist work, Hughes, historian at the University of London, reassesses the manipulating Sophia, who served as regent 1682-1689 for the dual reign of her brother, the physically and mentally handicapped Ivan, and underage half-brother Peter (the Great). The author disentangles the interlocking power structures of court, state and church in his vibrant canvas, showing us the marvel of Sophia's escape from the isolated terem life of Romanov women and her "very substantial" achievements in foreign policy, particularly the 1686 treaty with Poland whereby Moscovy won hegemony over the Slavonic nations. Campaigns against the Tartars and Turks, however, were disastrous and provided the opportunity for 17-year-old Peter to depose his sister and banish her to a convent. Hughes, credibly arguing against accepted scholarship, maintains that Sophia's piousness was sincere, that she and her adviser Vasily Golitsyn were not lovers and, more significantly, that her rule heralded the Petrine era. Illustrations.