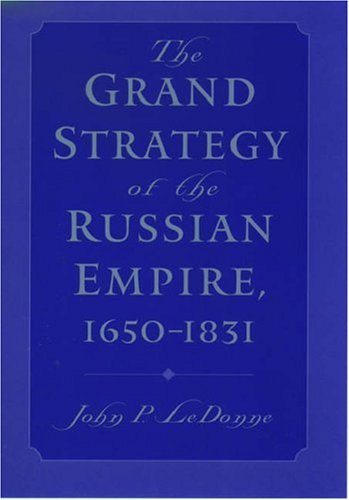 At its height, the Russian empire covered eleven time zones and stretched from Scandinavia to the Pacific Ocean. Arguing against the traditional historical view that Russia, surrounded and threatened by enemies, was always on the defensive, John P. LeDonne contends that Russia developed a long-term strategy not in response to immediate threats but in line with its own expansionist urges to control the Eurasian Heartland. LeDonne narrates how the government from Moscow and Petersburg expanded the empire by deploying its army as well as by extending its patronage to frontier societies in return for their serving the interests of the empire. He considers three theaters on which the Russians expanded: the Western (Baltic, Germany, Poland); the Southern (Ottoman and Persian Empires); and the Eastern (China, Siberia, Central Asia). In his analysis of military power, he weighs the role of geography and locale, as well as economic issues, in the evolution of a larger imperial strategy. Rather than viewing Russia as peripheral to European Great Power politics, LeDonne makes a powerful case for Russia as an expansionist, militaristic, and authoritarian regime that challenged the great states and empires of its time.