Leaders of Russia and the Soviet Union 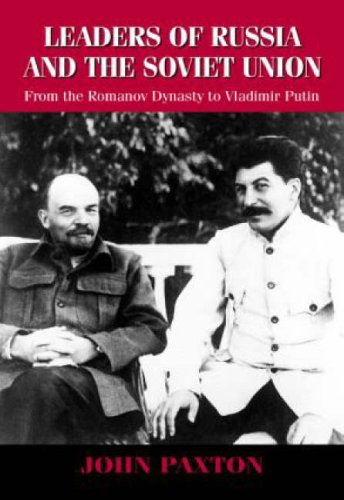 This reference work surveys the leaders of Russia and the Soviet Union - from Michael, the first Romanov, to Vladimir Putin. The treatment is chronological, in entries that range from 1,000 to 6,000 words. Biographies focus on the family and education of each ruler, important legislation, events, and wars under each leader's rule; and each leader's achievements and impact on Russia or the Soviet Union. The author also considers the roles of influential figures (regents, lovers, advisers, and military figures), such as Trotsky's influence on Lenin and Morosov's influence on Alexis.