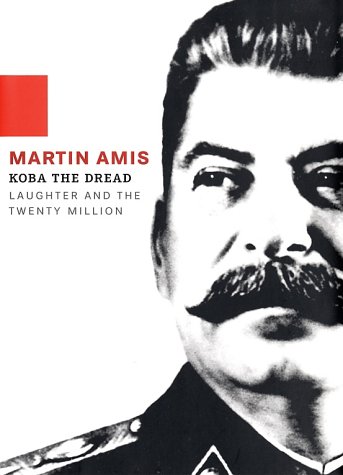 Koba the Dread is the successor to Martin Amis's celebrated memoir, Experience. It is largely political while remaining personal. It addresses itself to the central lacuna of twentieth-century thought: the indulgence of communism by intellectuals of the West. In between the personal beginning and the personal ending, Amis gives us perhaps the best "short course" ever in Stalin: Koba the Dread, losif the Terrible. The author's father, Kingsley Amis, though later reactionary in tendency, was "a Comintern dogsbody" (as he would later come to put it) from 1941 to 1956. His second-closest, and then closest friend (after the death of the poet Philip Larkin) was Robert Conquest, our leading Sovietologist, whose book of 1968, The Great Terror, was second only to Solzhenitsyn's The Gulag Archipelago in undermining the USSR. Amis's remarkable memoir explores these connections. Stalin said that the death of one person was tragic, the death of a million a mere "statistic." Koba the Dread, during whose course the author absorbs a particular, a familial death, is a rebuttal of Stalin's aphorism.