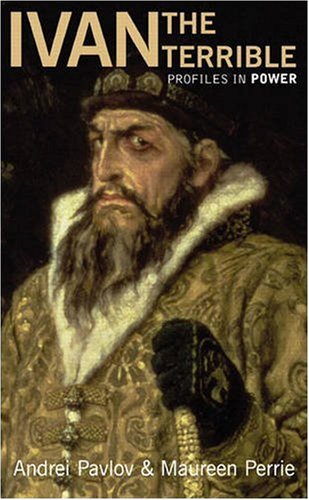 This is the first major re-assessment of Ivan the Terrible to be published in the West in the post-Soviet period. It breaks away from older stereotypes of the tsar ? whether as ?crazed tyrant? and ?evil genius?, on the one hand, or as a ?great and wise statesman?, on the other ? to provide a more balanced picture. It examines the ways in which Ivan?s policies contributed to the creation of Russia?s distinctive system of unlimited monarchical rule. Ivan is best remembered for his reign of terror, the book pays due attention to the horrors of his executions, tortures and repressions, especially in the period of the oprichnina (1565-72), when he mysteriously divided his realm into two parts, one of which was under the direct control of the tsar and his oprichniki (bodyguard). This work argues that the often gruesome forms assumed by the terror reflected not only Ivan?s personal cruelty and sadism, but also his religious views about the divinely ordained right of the tsar to punish his treasonous subjects, just as sinners were punished in Hell. Primarily chronological in its organisation, the book focuses on three main aspects of Ivan?s power: the territorial expansion of the state, the mythology, rituals and symbols of monarchy; and the development of the autocratic system of rule.