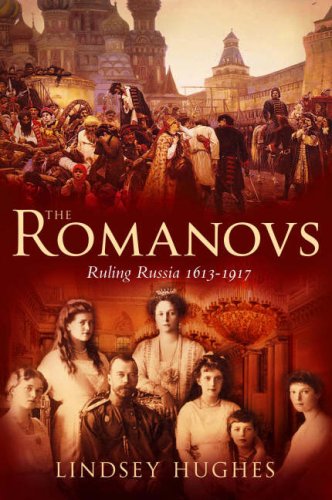 For 300 years the history of Russia was inextricably linked to one family: The Romanovs. Claiming a divine right to reign and tracing the family lineage back to Peter the Great, they were Russia's second and last imperial dynasty and, for better or worse, as Lindsey Hughes demonstrates, shaped the country's history for three centuries until their downfall and murder in 1918. 17th century Russia was riddled with chaos, internal disorder, rioting, and a constant threat of foreign invasion. During the rule of Peter the great, Russia was transformed into an empire by his introduction of trade with Europe and aggressive military campaigns. Through the impact of Peter the Great, followed by the continuing influences of Michael, Ivan, Catherine II, Nicholas I and Alexander III, the Romanovs undoubtedly shaped the politics, society, art and philosophy of their times and lead to the establishment of Russia as one of the great world powers. But when the Romanovs gathered to celebrate their tercentenary in 1913, dark clouds were gathering. The infamous mystic Rasputin had prophesized their demise and his unpopular influence on the Tsar was growing. The strain of the First World War had spread unrest throughout Russia. On July 17th, 1918 three hundred and four years of the Romanov dynasty ended when, probably under Lenin's orders, Tsar Nicholas II, his wife and five children were brutally murdered by a Bolshevik execution squad bringing the Romanov dynasty to a final and bitter end. This brilliant and original new work, comprised of vivid and powerful portraits of the entire Romanov family, illustrates exactly what and how the family contributed to the creation of Russia. By bringing the characters of the Tsars and their family to life, Lindsey Hughes offers an insightful addition to our knowledge of an epic and fascinating history.